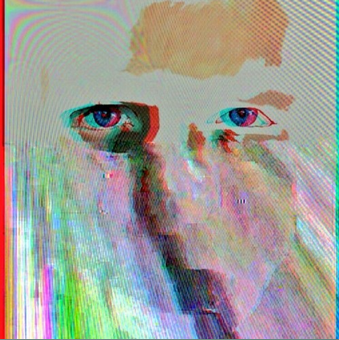 BLEACH consists of vocalist Sam and guitarist/keys player Ben.
They are fresh onto the local music scene with their ambient/alternative sounds and the kind of vocals you can imagine reverberating around the room eerily during a gig. They’ve got a growing online following and have just released new track ‘See‘ (link below)
I got to catch up with the Guildford boys and learn a bit about what they do.
So what’s your band’s background? Where you guys from, how did you get together?
“We’re just over a year away from getting out of school, so we’re kind of trying to balance work with producing our own music. The two of us started doing music together a couple of years ago, but the sound we have developed now has come about relatively recently in the last few months. We’re from Guildford, so that’s where we’re targeting our gigs at the moment (the Boileroom and such), mainly just trying to find promoters and venues in the area that like our kind of material.”
Well, Guildford is a good creative community so it’s a good place to be at the moment. So, where does the inspiration behind your image come from?

“Our musical inspirations are varied, we’re inspired by alternative artists such as Radiohead but also the likes of Bombay Bicycle Club. Our guitar driven influences come from the likes of Catfish and the Bottlemen and Ben Howard – That kinda style. In terms of our image, we’ve got most of our creative ideas all from a picture of a half finished self-portrait my friend was working on (see below), and for some reason, I really liked its fragmented image so I just kind of went with it, so that idea is probably something with stick with in the future.”

How’s recording going? I loved the demo of “in place” when will this single be released?
“In terms of recording, we’ve got demo singles on Soundcloud at the moment, hopefully going to get an EP out in the coming months, just to get a general sense of our musical style out there. I’m also sure once we get more exposure we’ll re-release some better quality recordings- although it’s worth saying that ‘In Place’ is the roughest recording we have and the ones coming after it will be much better. We’re in the process of writing quite a few songs, but after we’ve made them it’s a matter of sorting through them and deciding which ones will represent us best.“
What’s the main composition of BLEACH then and how have you grown musically over time?
“We split the live instruments between the two of us. Ben plays most of the guitar and keyboard parts, and Sam plays the drum machine and sometimes synth and guitar. We’re quite diverse like that. Our focus is perfecting how it sounds in the studio, and then we tend to work out the live way of playing afterwards. We’re looking into using new samplings and electronic sounds to mix in with the guitar. Y’know, something different.”
BLEACH‘s new track  ‘See‘ is certainly not your typical first single release. The seamless harmonies continue to flow, creating a calm as a layered guitar riff continues to build throughout. The perfect track to showcase what this band are all about, and pull you in just in time for what’s to come.
Rating:★★★★
Listen to it now below:
Don’t forget to give these guys a follow on Twitter too!