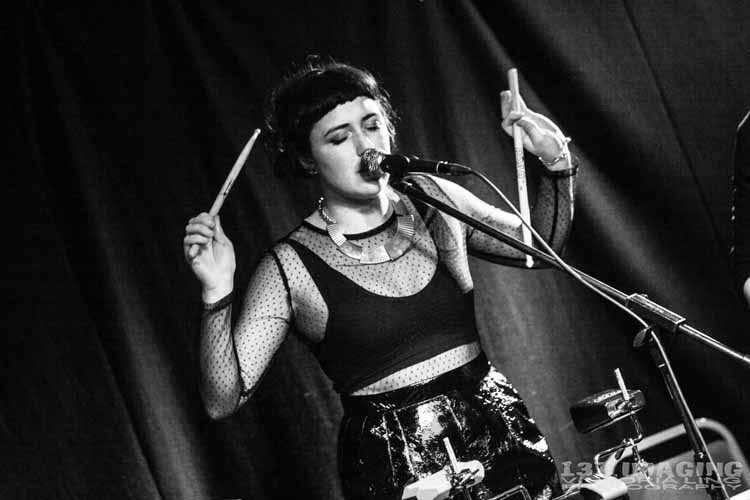 Words and photography by: Victoria Ling

One girl. One cello. Ceitidh Mac instantly silences the room as she takes to the strings and held us there for her full set that included a cover of John Martyn’s ‘Over The Hill’. Cietidh is an artist that engages with her audience to a point that they are hesitant to move in case of unwanted disruption or missing a second of the performance. What an attentive audience…well at least for the opening act.

Hailing all the way from the North West in Manchester and joining the tour in the North East of Newcastle is Pip Fluteman (with fellow musician James on guitar and fiddle) This duo followed on from Ceitidh and brought something entirely different to the stage. Pip has us laughing and in some parts of his set and goes as far as declaring James as single which is met with some of the audience getting straight onto Tinder. It’s quite refreshing really how effortless Pip’s stage presence it, his performance is on point but the real connection with the audience comes from his talks in between songs, he’s really not afraid to drop a few jokes in here and there. His explanations of songs such as ‘Dandelion Days’ and ‘She Was The Circus’ has the audience laughing, but also struck with admiration as his set is delivered with passion and clear brilliance.

It was finally time for the main act of the evening, with the room now at full capacity and many being turned away at the door.  Martha Hill is becoming quite a name and definitely has a following here in the North East, as soon as she stepped onto the stage and opened with ‘Reborn’, you could feel the electricity fill the room. As a photographer, it became increasingly hard as every inch of the floor was taken up by everyone who was lucky enough to get a ticket. The third number of the set, ‘Traveller,’ sees the return of Ceitidh and the addition of Shannon on the keys, both creeping quietly onto the stage whilst front woman, Martha plays on. Everyone is so consumed that it is like the appeared from nowhere as all eyes and ears are fixated on center stage. Martha herself goes from the guitar to the drums and in doing so becomes quite theatrical and majestic. The crowd does become more animated in their engagement with a few cheers here and there while also remaining attentive with a roar of appreciation for ‘Blue Moon’, her debut single released just before Christmas. It is ‘Boom’ however that brings in the audience participation of a few finger clicks that go with the song.

As Martha and her band exit the stage you could still feel an electric buzz from the audience. By the look on Martha’s face, it is like she simply cannot believe this reaction.  Martha takes a spot on the stage by herself and treats the audience with a final song, an old folk classic of the North called ‘Geordie’. This seems fitting considering Martha has become an adoptive Geordie and this night on the Newcastle leg of her tour – a great homage to both the artist and the audience.

Make sure to check out Martha Hill’s single ‘Blue Moon‘ on Soundcloud now.

You can also catch her live in Edinburgh on 16 March. Check out her Facebook and Website for updates.

Through the eyes of Lil Vik