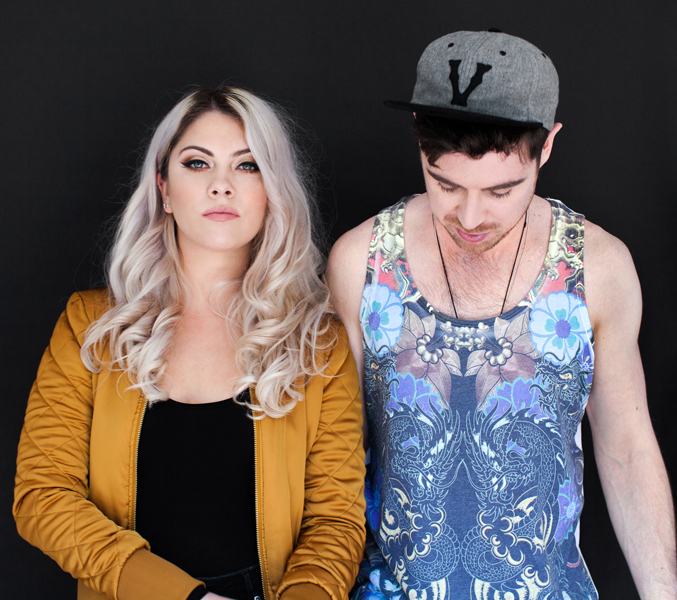 Siboney + Andy recently joined forces, along with their influences and styles to create this debut EP, encompassing a variety of pop/folk/electro vibes. This title track of the EP certainly makes a statement and ensures their names will not be easily forgotten.

With a delicate opening, Siboney tells a painful tail, supposedly from personal experience. The opening verse could be claimed to be predictable, but as the bridge builds up, Siboney’s voice steps up before delivering a powerful blow with the lyrics “I will keep this 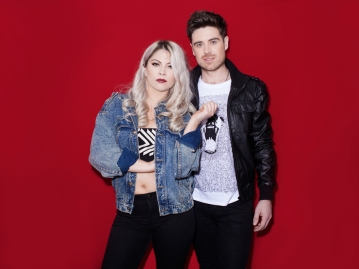 secret ’till I die” during the chorus. With a blaring electric riff accompanying the voice, a new level of passion is brought to this track. The second verse is more playful as the due get settled into what they’re doing, with electro-pop synths coupled with folk-y vocals
and guitar, this is a creative song showcasing what it is Siboney + Andy are capable of. As Andy emerges into the track not only as a producer but a vocalist, the track gets that bit warmer. It is at this moment you can see why the due work so well together, as their voices intertwine to create a pop/electro-pop juxtaposition.

The music video for this track brings a visual element to better explain the journey this track takes. The pair describe the following: “The lyrics in Secret are quite literal, and pull from rather painful self-experience, so we wanted to hint at that feeling within the video, but let people come to their own conclusions within the narrative.”

Check out the music video for Sectret and follow Siboney and Andy’s journey:

Danish artist, Fjer has emerged seemingly out of nowhere. Ever since moving to New York to start her career with full commitment, she has independently released two EPs, and began to catch peoples’ eye (and ear) with her obscure electro-pop sound. We got to get to know Fjer soon after she released the music video for the recent single ‘Her Turn‘ (out now – link below). We talked international influences, life in New York and the question of whether people need formal music training in order to succeed in a career.
Where did you start out and how has your experience of coming from Denmark to the American and British music industry been?

I actually started Fjer in New York. This is where I came up with the name, released my first EP, found the people to work with and really started to believe in my self. It was so inspiring being here, around people speaking English, because I quickly learned the language fluently and began to get accepted in a different way. The UK audience came more recently and I’m so happy about that. England reminds me more of home – things like the weather and culture are way more similar to Denmark. I miss those things.

What country would you say most of your musical influences come from?

I’m inspired with Danish music in the sense that SO many great artists come out of there and it’s where I grew up. You can hear the cold, nordic sound in my music, I feel. The American/British music scene inspires me a lot too, because everybody does everything ALL the way, 100%. Nobody’s afraid to be an artist, and that’s something we struggle with in Denmark, where it’s kind of frowned upon to be super ambitious.

You studied at the Royal Academy of Music, how has that experience impacted your musical endeavours?

When I got into the Royal Academy, it was one of the best days of my life. It was so unexpected, because I was only 19 years old, there were hundreds of applicants and it’s just so hard to get in. Going there for the years I did, was a great experience and I learned music theory, producing and just being a better singer. But it was a very elitist school and the constant competition (especially between the guys there – it was a total ‘boys club’!) eventually broke me down. So I took a year out to go to New York and I haven’t looked back or regretted that decision for a moment. School will teach you so many valuable things, but there’s nothing like going out and trying on your own. You’ll learn everything faster.

How did you find releasing your two brilliant EPs completely independently? Is it something you want to continue to do?

It was lucky that I met producer and indie label-owner of Quintic, Peter Anthony Red, who believed in me from the very start. Fjer, has been us building together from day one and he released my two first EP’s with me. It can be super scary but also very freeing not being on a major label, fitting into budgets and ads. It’s like.. I have the freedom to do whatever I want. Nobody’s trying to change me or put me in a box.

Sam Winston encompasses all meanings of the word ‘independent’ regarding his music. This South East London artist is building up his career one DIY milestone at a time. Not only has he written, arranged, recorded and produced ‘The Fire & The Icicle‘ all in his home-built studio, but he has done it well – an achievemt that is becoming quite hard to find these days. With self-taught expertise in many an instrument, this debut album is not just the typical solo acoustic guitar act that is becoming tireless now, we get to hear Sam play ukelele, kalimba (African thumb piano), mandolin and bass.  The album also features folk-pop melodies strummed from his own hand-crafted electro-acoustic guitar (what is this guy like?!). 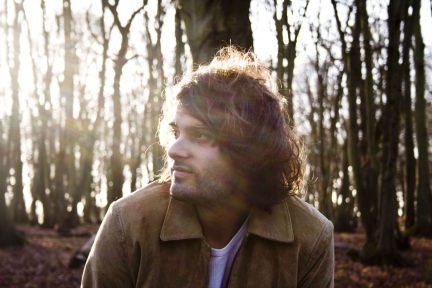 The album starts off with the firey, energetic track ‘No November Like It‘, the type of song that could make for the perfect track to sing along to on a roadtrip  in the summer. Tracks such as ‘Reach You‘ and ‘Defenceless‘ showcase Sam’s ability to create a huge vocal sound and range, with self-matching harmonies and layers. Meanwhile, songs such as ‘Stand and Fight‘ and ‘The Bad Wolf‘ take a softer, more delicate style, with influences of Ben Howard shining through while bringing an original ‘Sam Winston’ jazzy undertone. ‘Who Decides?’ is a moment of self-realisation for Sam, where he questions everything and everyone around him, hopefully by the end of this album, he comes to realise how much hope and potential there is in him – Some hopeful light within the dark, just as the album artwork indicates.

(Also out now on iTunes, Soundcloud and Spotify)

See him do his thing live at the following dates:

All images: Courtesy of Sam Winston